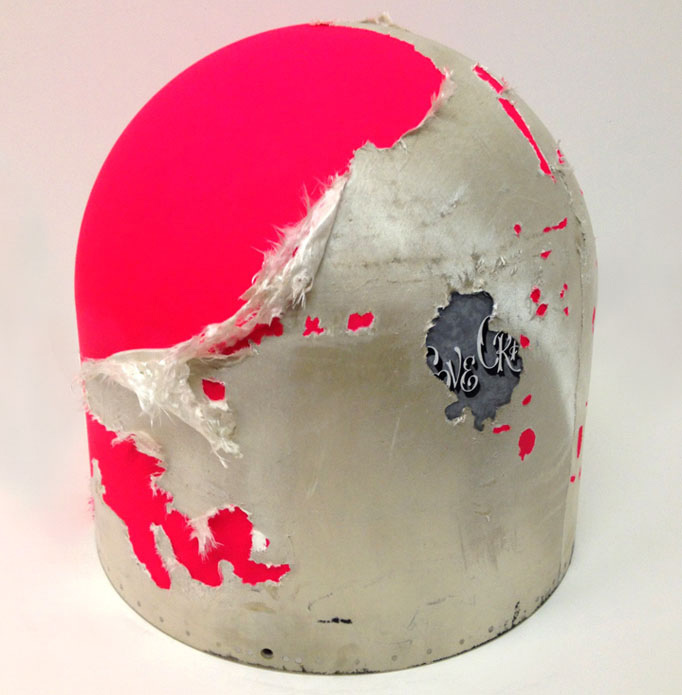 This week’s posts on Thought You Should See This, the innovation/design-themed blog I write, mainly for my colleagues at Doblin:

I had a piece published in Fast Company, sparked by the Interaction Awards, which I judged last year. My favorite quote came from the program’s co-chair, Jennifer Bove, who explained the importance of her discipline thusly: “Behavior isn’t explicit in computer chips; interaction designers are the people who understand how to make things work.” In the piece, I outlined four interaction design trends we’ll likely see more of in the near future, while there’s a bunch of interesting videos to watch, too.

The Boneyard Project is an *amazing* sounding show currently on at the PIMA Air and Space Museum in Tucson, Arizona, featuring World War II airplane wrecks customized by various street artists. (Eric White’s nosecone shown above. See the post for his equally wonderful insight into the creative process.)

Nike has made a commitment to remove water from its apparel dying process. This is a huge deal, while the Nike VP in charge of the program also gave insight into the internal challenge of trying to change the status quo.

McDonald’s promises to make its pork suppliers provide plans to phase out pig gestation crates by May. Yes, that wording is a little hinky.

By now, everyone has surely read and dissected Jonah Lehrer’s New Yorker piece on brainstorming and ways to promote creative thinking, Groupthink. So I won’t add much but to say it’s a must-read for anyone charged with working on big thorny problems or how to manage collaborative creativity.

Finally, a wonderful story detailing Stanley Kubrick’s obsessive approach to film-making, which the director believed was “an exercise in problem-solving”. This article explains how his focus actually led to the development of Variety magazine’s box-office reports.