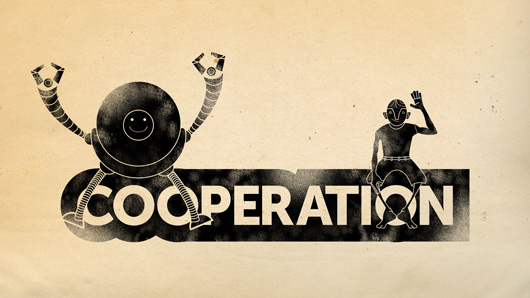 I know, it’s been a while since a bona fide TYSST update, but I haven’t been neglectful, I promise. Instead, I went to Edinburgh to report from TEDGlobal, where I caught a cold and the strongest conference in years. As you can see from the length of this update, there was much to note (and many speakers I didn’t recap here, so do check the TED blog for the others.)

So here, in no particular order, the highlights of TEDGlobal:

USC law professor Elyn Saks powerfully recounted her own story of mental illness—and the shocking state of the way we treat it. Did you know that LA County Jail is essentially the biggest psychiatric facility in the United States? Neither did I.

Massimo Banzi is the co-founder of the Arduino project, an interaction designer and an educator, and he gave a spirited talk that was chock full of great examples of the boundless creativity and innovation that comes with an open platform.

Shyam Sankar, a data intelligence agent working at Palantir, gave a great talk citing J.C.R. Licklider’s notion of intelligence augmentation and the need for humans and machines to cooperate, not fight one another. I also talked with Palantir’s lead graphic designer Collin Roe-Raymond about the beautiful presentation they put together. See the top image–slides matter!

Hong Kong-based Bloomberg correspondent Robyn Meredith spoke about the Chinese dream—and what it means for the west.

Admiral James Stavridis is the Supreme Commander of NATO and a proponent of what he calls “open-source security.” Great talk.

Sculptor and artist Antony Gormley is amazing and my crush is out of control. That is all.

Kathy Hinde is an audio-visual artist whose work is pretty extraordinary. Watch the video.

Pankaj Ghemawat is the author of Global 3.0: Global Prosperity and How to Achieve It and the provocative article, The World Is Not Flat. He asked one important question: how global are we, really?

Writer Robert Neuwirth outlined his thesis of “System D,” the informal economy that employs 1.8 billion people and is worth $10 trillion/year.

German politician Malte Spitz explained what happened when he got Deutsche Telekom to hand over the data they’d retained on him over a six month period—-and outlined the true, scary ramifications.

Anthropologist and academic Gabriella Coleman set out to explain the mysterious group Anonymous.

Leslie Chang has written about the reality of life in factories in China by taking a radical approach: talking to those who work in them.

Neil Harbisson is totally color blind; that means he sees a totally grey world. He explained how he’s turned this apparent defect into an artistic opportunity, learning how to “hear color” as a self-proclaimed “cyborgist and colorist.”

Ruby Wax gave a sparky presentation examining the stigma of depression and mental illness throughout our allegedly sophisticated society.

Robert Legato has won two Oscars for his visual effects magic, and he charmingly drew back the curtain on some of his most famous effects for films including Apollo 13, Titanic and Hugo.

Vicki Arroyo, the executive director of the Georgetown Climate Center, gave a fiery speech in which she took on the topic of inevitable climate change disruption–and what we need to do about it.

Collaborative Consumption evangelist Rachel Botsman gave a talk chock full of excellent examples of companies that are experimenting—and winning with this new economy.

Harvard Business School professor Amy Cuddy recounted the story of suffering a car accident that landed her in rehab with a significantly decreased IQ. So she made everyone cry, and then sent us off with a spring in our step.

Lawyer and campaigner Jason McCue freaked everyone out by setting off a fake bomb and then making the case that we do not do enough for victims. “Yet victims are the best weapon we have against more terrorism.”

Marc Goodman tried to make out that the sophistication of current criminals shouldn’t terrify us, it should inspire us. He was somewhat successful, but I’ll be honest, his examples certainly scared the bejeesus out of all of us.

Deyan Sudjic, director of the Design Museum in London, turned up to a session on transparency at TEDGlobal to give a speech in praise of opacity. Typical designer ;)

“While traditional leaders want to be right, creative leaders *hope* to be right.” John Maeda’s talk was a treat.

John Wilbanks spoke to confess he’s perfectly happy to share all of his medical data. In fact, he’s building a system out of it. This will be a potentially huge movement, to which we should all absolutely pay attention.

Michael Anti is a reporter and a blogger who gave us a snapshot of real Internet life in China. Fascinating, even for western digital poster children.

Kirby Ferguson pointed out a disconnect that has bothered me for an eon: Steve Jobs’ cavalier attitude towards multitouch technology, which was provably untrue, along with his emotional outburst about Google and Android.

Andrew Blum has devoted the past few years of his life to figuring out how the Internet really works, a journey that took him to huge, dark data centers and to beaches in Portugal to watch a pirate climb out of the sea.

One added bonus: watch San Diego’s Fourth of July fireworks, a display that should have taken 18 minutes that was over in 15 seconds. Not that this Brit gloats over any Independence Day misfires, of course.